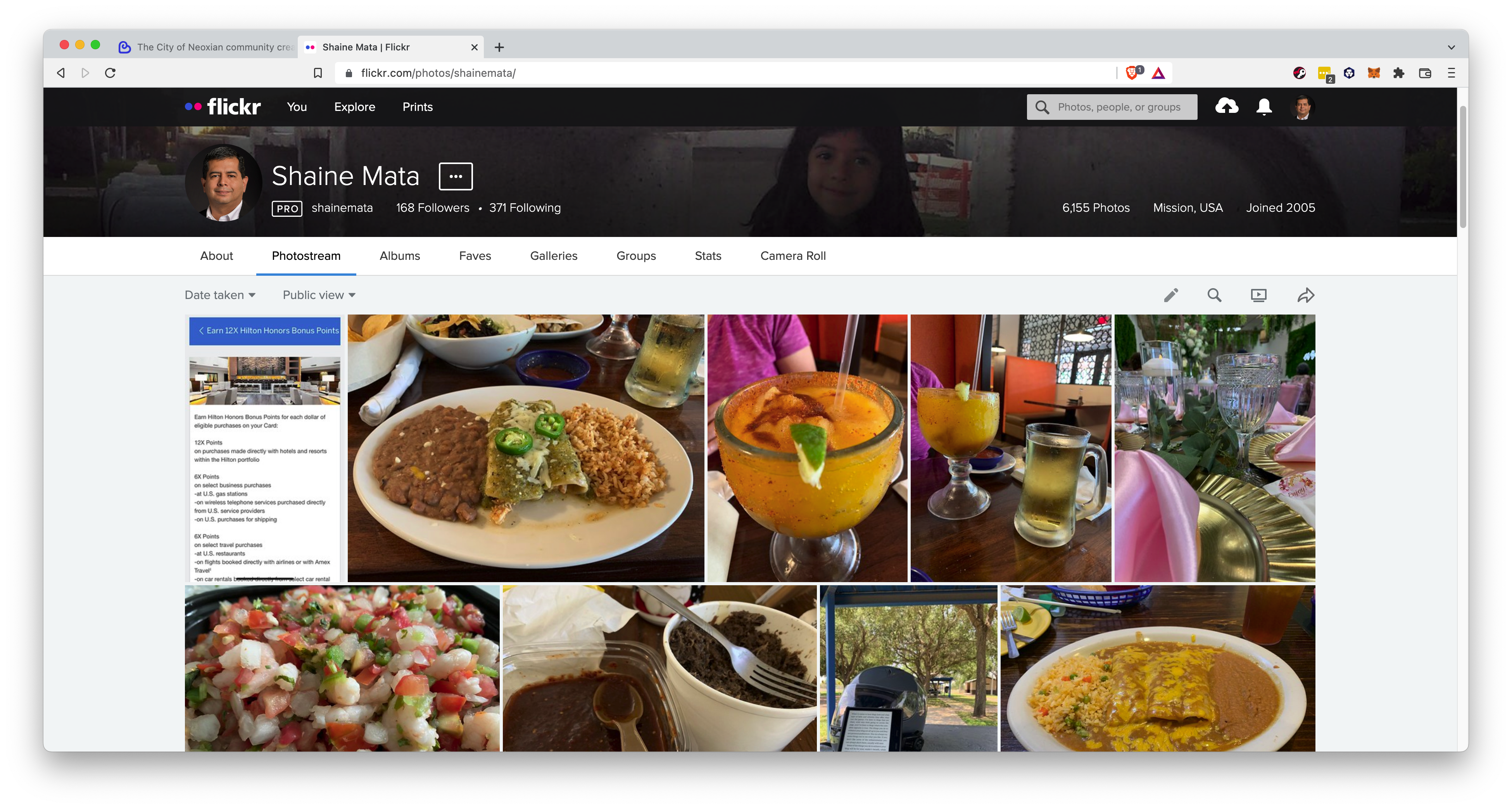 I have had a Flickr account for ages, starting in 2005. Back then, digital cameras weren't very good. Smart phones weren't a thing. A majority of the photos on Flickr used to be Canon 5D Mark II, or of similar caliber. It was a photographer's website. However, the iPhone started to take over as the top camera. Currently, the iPhone 11 is declining as the top camera, with the iPhone 13 making its way to the top. I never imagined that I'd be using Flickr for almost two decades. 2025 will be here soon enough.

As far as lasting power goes, Flickr has changed owners a few times over the years. It has managed to survive, somehow. More importantly, it has outlasted most of my blogs.

Flickr has other advantages, such as automatic uploads, conversion, and resizing. I can take a photo in my iPhone. When I log in to Flickr, it will already be converted from HEIC to JPG. In addition, it already has resizing options to make the image usable for blogs. Flickr is an excellent image host for bloggers. In fact, your Flickr photo stream is also a blog of sorts. 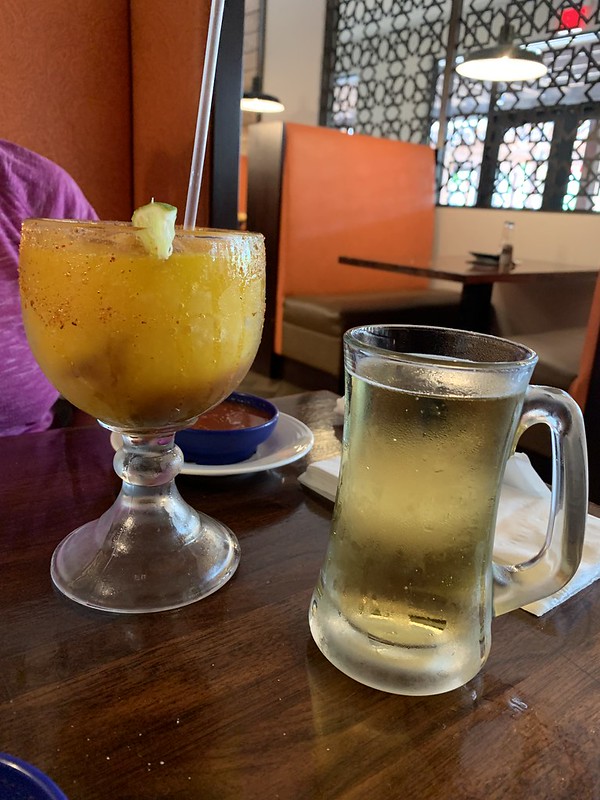 But, I have been thinking about what will happen to my images if I am no longer around to pay for my Flickr account? Once my subscription runs out, my images will be deleted.

When we post to Hive, our images are uploaded to some form of IPFS service. This is a way to host files that can easily be distributed. It doesn't save the hosting company any storage space. But, it does save on bandwidth as other IPFS nodes will temporarily store the file and serve it out. So long as the Hive front ends are profitable, they can afford to host our images. So long as they continue staking their HIVE earnings, they may very well be able to keep up with the cost of hosting images. Each front end has their own way of storing your images, meaning they all have their own unique way of failing.

But, it's a gamble, isn't it? We don't know which Hive front ends will survive in the long term. Potentially, as their HIVE stake grows, they will earn more from curation and from HIVE inflation. However, one can't account for mismanagement. There is always the chance we'll see another Ned situation where the owner of a front end sells off the business to somebody who is clueless. Or, maybe the owner dies without sharing the keys to the Hive account.

IPFS can be forever. But, once the seed file is gone, then there is no more photo.

As far as leaving a content legacy is concerned, there is no sure thing.

Whereas Flickr will stop hosting your images once you stop paying.

And, whereas Hive front ends don't have a decades long track record.

Then, there will likely be a time in which your images will no longer be on the web.

So long as Hive is around, our writing will survive. This is an advantage of an immutable blockchain. However, the longevity of our photos is questionable no matter what you do.

Who Is My Audience?

This brings to mind, should I be concerned about the longevity of my photos? After all, once I'm gone, I have no more need to entertain or earn.

My family will likely have access to all of my media. They'll inherit my HIVE.

If I link to Flickr photos, those images will continue so long as my subscription is paid. I don't know how long they'll keep paying, if at all.

If I host images on Hive frontends, those images might fall off the web over time. A few here and there as front ends come and go. Until some day all of them are gone.

But, will any of it matter? How relevant will my 2022 vacation be to readers in 2099? By then, landscapes will have changed. Businesses will have shut their doors. And, there will be entirely new people running things.

What is my obligation to future readers? 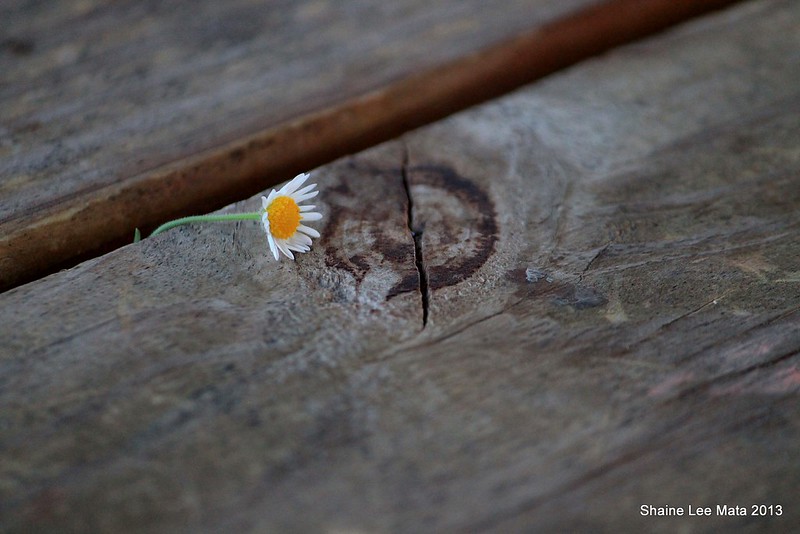 Thinking about it more, I think I will be fine hosting on Flickr. I think this because, despite the immutable nature of the blockchain, my account really is just a wallet used to transact business while I am alive. Yes, I could leave the keys to my HIVE accounts to my family, or sell the accounts so that they may continue on long after I am gone. But, for the most part, Hive is here to be used today, while I am still living.

If I want anything to live on forever, it will be my words. But, these will only last as long as Hive lasts. We don't know what a 2000 year blockchain looks like. How much data storage would that require? As of now, there's roughly 15,000 active daily users. What happens when Hive has 100 million users? Can we scale without the wheels falling off?

So, in conclusion, I think it is reasonable to used a centralized photo hosting service for my images. My audience lives today. My content will be irrelevant to future generations. Or, at least of very little relevance. And, the cost of the annual subscription is less than what I can reasonably earn on Hive. I will not exclusively use Flickr. There are some front ends that do not give you the option. But, where circumstances permit, I'll be taking advantage of the benefits of hosting images with Flickr.