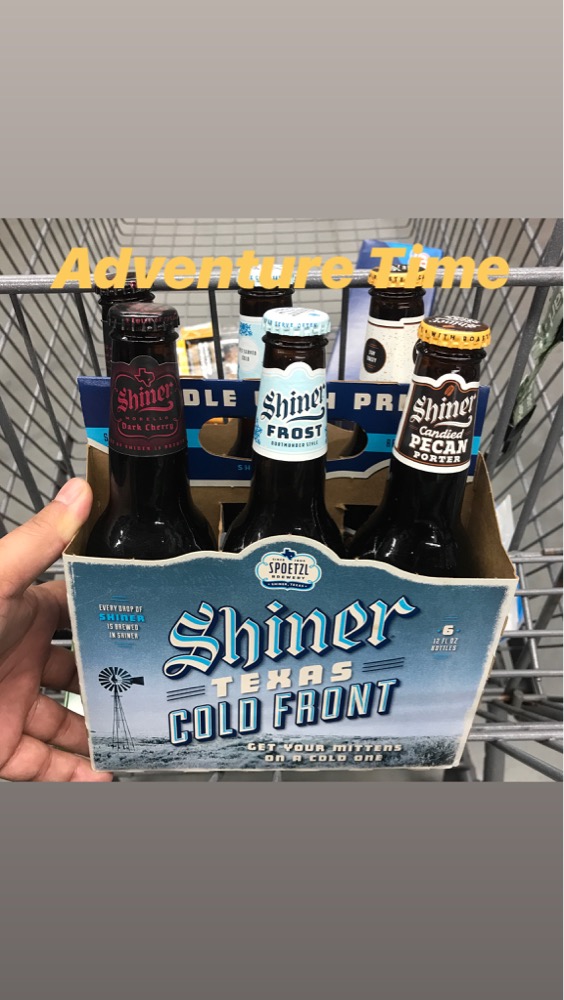 The Spoetzl Brewery tries out seasonal and special beers from time to time. On occasion, these can be very tasty or real duds, at least to my tastes. Today, we are trying out the Texas Cold Front Pack, which contains two bottles of three different beers.

The first beer is the Candied Pecan Porter. This Porter does have a flavor familiar of the candied pecans on the label. However, it does lack the sweetness. The best I can describe it is like the difference between a cinnamon candy and plain cinnamon powder. In the Shiner instance, it is tolerable compared to their S'mores brew. That one is like expecting milk chocolate when tasting cocoa powder. I'd rather have the candied pecans Shiner than the S'mores Shiner. I would drink this if no others were available. It's better than any IPA.

Next is the Shiner Frost, a Dortmunder style beer. The style is alien to me. Fortunately, the flavor is that of a beer. Very smooth. Not bitter. Not watery. All that comes to mind is that Frost is very drinkable and enjoyable. However, you would be hard pressed to describe what you just drank. I put it up there with Shiner Bock. I would drink this as a daily driver if it were available.

Shiner Morello Dark Cherry causes mixed emotions. Or is it mixed flavors? Taking a drink is pleasant. There is a bitter aftertaste in the back of the tongue. However, the taste of dark cherry is absolutely present. The taste is somewhat reminiscent of cherry pipe tobacco when you smoke it, which is not unpleasant. Yet, it lacks in any sweetness like one can expect from a hard apple cider. I could drink this from time to time without going out in search of it.