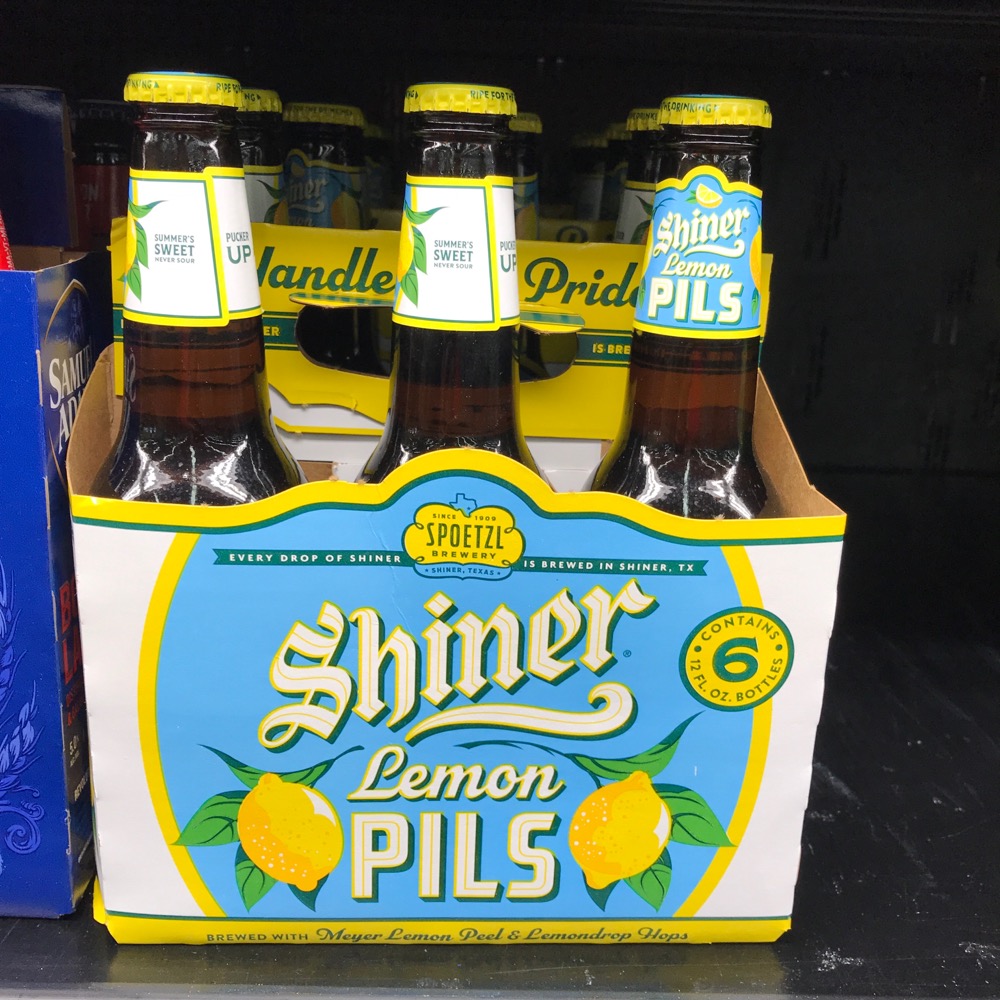 I am a big fan of Spoetzl Brewery, particularly Shiner Bock. Spoetzl has introduced this new Lemon Pils. It is unfortunate that I cannot recommend drinking this beer.

According to the label, it is brewed with Meyer lemon peel and lemon drop hops. It is 4.8% alcohol by volume and 28 IBU. I found out those details after drinking one of the lemon pils. I’m guessing pils means Pilsner.

I was hoping they would have used the flesh of the lemons rather than the peel. The flesh is sour. The peel is bitter. I suppose if you like bitterness, high IBU, it works. Except that the bitterness is not present when you drink the beer. Rather, it is present as an aftertaste. For me that takes away from the enjoyment.

Shiner has some great products, such as their cactus flavor and the Kosmo. They experiment and sometimes get it right on. Other times, they could do better. This is one of those.

I tried eating something else to eliminate the flavor. It didn’t work. The bitterness overwhelmed the food I was eating.

If you like Lemon beers, try the Leinenkugel’s Summer Shandy. Even better, squeeze some lemon or lime into your beer. Just don’t use the peel.