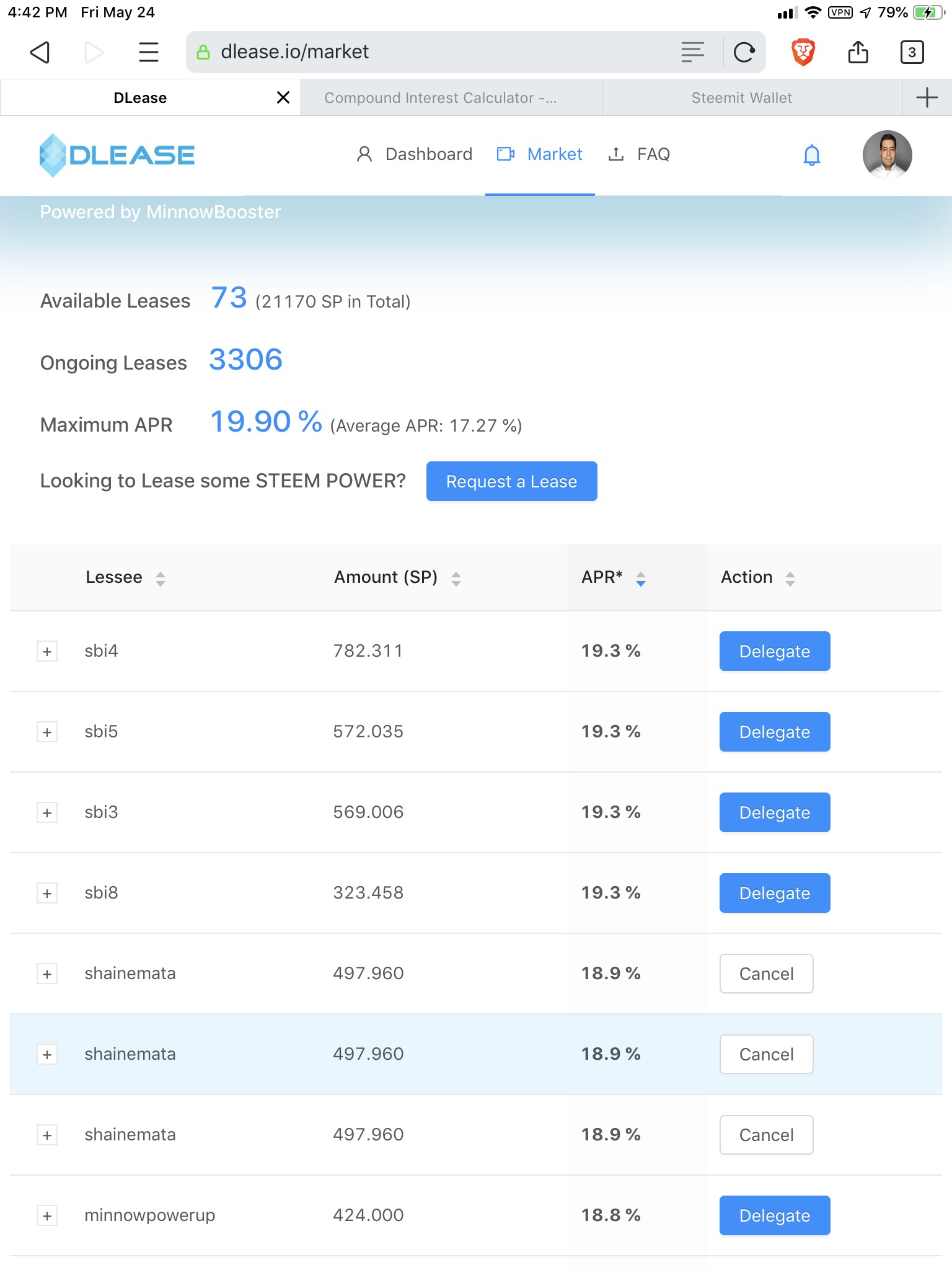 Since last week, I have been experimenting with leasing out my own Steem Power to other Steemians. Now, I want to try out Dlease.io from the other side, requesting SP for rent.

Some of the leases I made last week have expired. The majority, however, are still trucking along. Once I got my SP back from the expired leases, I leased it out again for longer terms. I like getting daily payments from my leases.

Curiosity compels me to experiment with leasing from the other side of the equation. So, I am in the market for almost 1500 SP at 18.9% APR for four weeks. I broke it up into three chunks of 500 SP to improve my odds of getting the leases.

The reason for wanting to try this experiment is that it occurs to me that between my leased out SP and the SP that I am asking to lease, I would control about 2700 SP combined. My leased SP pays almost 0.5 SP per day. With leased SP, I think I could generate more than that in rewards.

When you lease out your SP, you lose earning potential and get guaranteed income. Naturally, I am curious what would happen if I would have both the fixed income and the variable income together? Is this workable leveraging? Can I eat my cake and someone else’s too?

I don’t know for certain whether any of this will work out. Thus it is only a four week commitment. If you have some SP you don’t mind renting out, I would appreciate the help. I know one disadvantage of being so low on SP is that I can’t help others with my upvotes, which are practically worthless. It’s a strange dynamic in which votes and comments coming in are the source of my rewards, while my own comments and votes do nothing for anyone. I feel like a moocher.