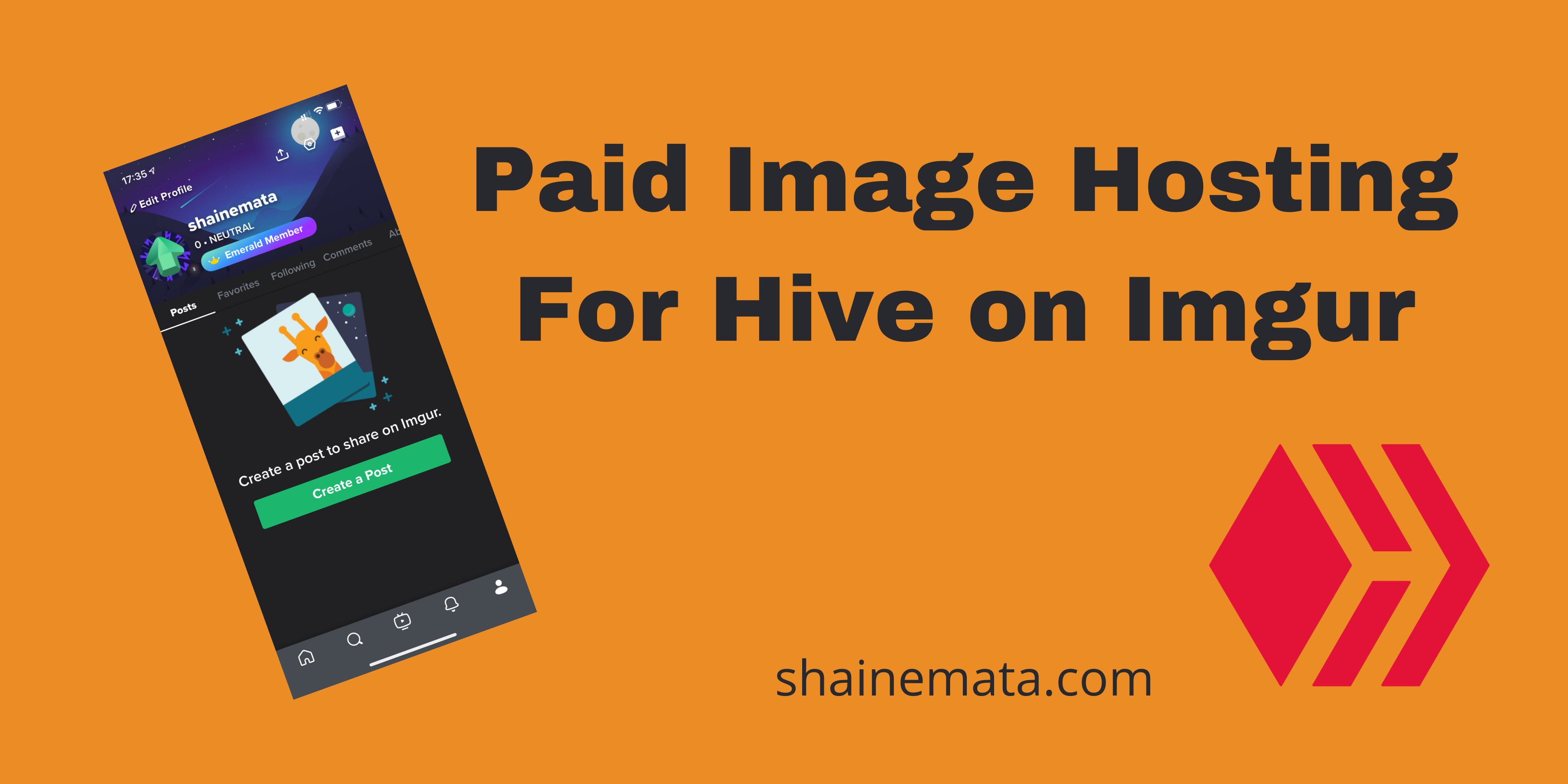 One of the concerns I have about Hive is that the blockchain only stores text. There is no native image hosting. This is understandable as images can be quite large, requiring tons of storage. The way this has been addressed is to allow for linking to outside image hosting through markdown. Some of the front ends have integrated some form of image hosting. Increasingly, the hosting is moving to IPFS. And there is the option for hosting your images yourself at some third party service.

None of these is a perfect solution. At some point, hosting millions of photos will cost more than what Hive can pay front ends in rewards. Imagine having 50 years of images that no longer produce income. Posts earn only in the first 7 days. So, if your front end is a beneficiary of your post, it only earns a small token after 7 days. Then, there is no payment for hosting that file. Right now, it's all fun and games. But, even deep pockets feel the pain eventually.

There was a file storage company, Bitcasa. They promised infinte backups. To their way of thinking, people mostly store music files, text, PDFs, and other data. They figured there was bound to be some file duplication. So, with deduplication, they could serve "infinite storage". As it turned out, they were unable to deliver on the promise.

Google was offering unlimited photo and video storage for some time. They could do this by reducing the size of images for optimum quality and size. And, their Google Workspaces also offered unlimited Google Drive storage for accounts with 3 or more users. Eventually, Google punked out and started charging for image hosting. They also changed the file storage from unlimited to 3 TB per user, or 5 TB on a higher plan.

YouTube, on the other hand, continues to earn income on video. But, they recently punked out a little by raising the revenue sharing requirements. Now you need 1,000 subscribers to qualify for monetiziation. So, they're starting to feel the weight of their storage.

At the moment, the only holdout on unlimited storage is Flickr. But, this is only because users are paying a monthly subscription to Flickr Pro. The free accounts are limited to 1,000 images. Of course, Flickr almost went under if not for SmugMug buying them. SmugMug has long served photographers with unlimited storage and other benefits. However, they aren't exactly inexpensive. Understandably, they can afford unlimited because they are charging enough of a markup to make it worthwhile.

That's why I worry about images on Hive. Eventually, a front end will call it quits. Then, all the hosted images will result in broken links. Perhaps the Hive blockchain will live on forever. But, the hosts will ebb and flow in time as the dead weight of old media starts to cost more and more. It is for this reason that I am a fan of paying for photo storage.

I have been using @Engrave to host my blog on the Hive blockchain. Engrave uses Imgur to host images. Imgur offers free image hosting, which is supported by ads. Or, if you're going to be a super user, you can pay a monthly subscription for hosting through Coil. It comes with some added perks when you subscribe to Imgur Emerald. It's the extra flexibility that I want by having my own Imgur Emerald account rather than rely on Engrave's account. There may be, for example, some images I would want to reuse. It's easier to use the built in catalog than try to wrangle a bunch of URLs.

I am perfectly willing to pay the monthly subscription for hosting images. Just like with Flickr and SmugMug, I am comfortable trusting that Imgur will be around for some time thanks to them having a revenue model that allows them to earn income over the long term. I can rest easy knowing that if a front end packs it up and leaves, that my blog posts will be safe. I suppose I could have used Flickr to host my images. I am a Flickr Pro subscriber as well. Let's test it out. 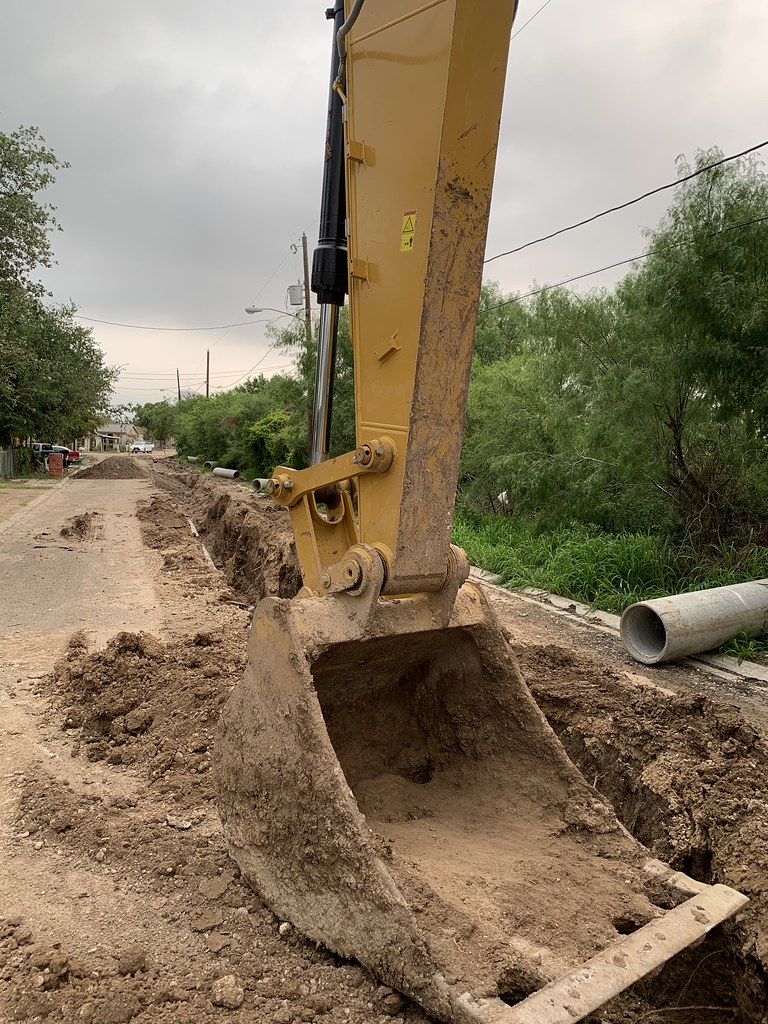 If you can see the image of a trench being dug, then Flickr works just as well as Imgur for hosting. I migh go with Flickr, instead.

The reason I am willing to pay to host my own images is to ensure that Imgur and Flickr stay in business. I won't have to worry about losing images or having to someday edit posts to point to the new host. I don't expect to draw a great deal of traffic to my blog, which makes having Engrave as a beneficiary worth the cost. Ironically, I expect most traffic and interaction to come from within the Hive community. The blog is merely to make it easier to point people to my work without distracting them with all the other content. I have two audiences, I suppose. Hivers and non-Hivers.

Coil is doing something interesting with respect to micropayments. They take your monthly subscription and spread it out amongst the content creators and apps you visit. I think it's interesting. However, the disadvantage is that their rewards are capped at the subscription cost. They aren't kidding about the micro in micropayments. I'm willing to pitch in. Hopefully it works in the long-term for them and the content creators using Coil.

In comparison, Hive has no cap on earnings. Although, to be fair, I don't know if I earn back the Coil subscription fee from Hive.

I've gone on long enough. And, I'm curious if my Flickr image embed will work.