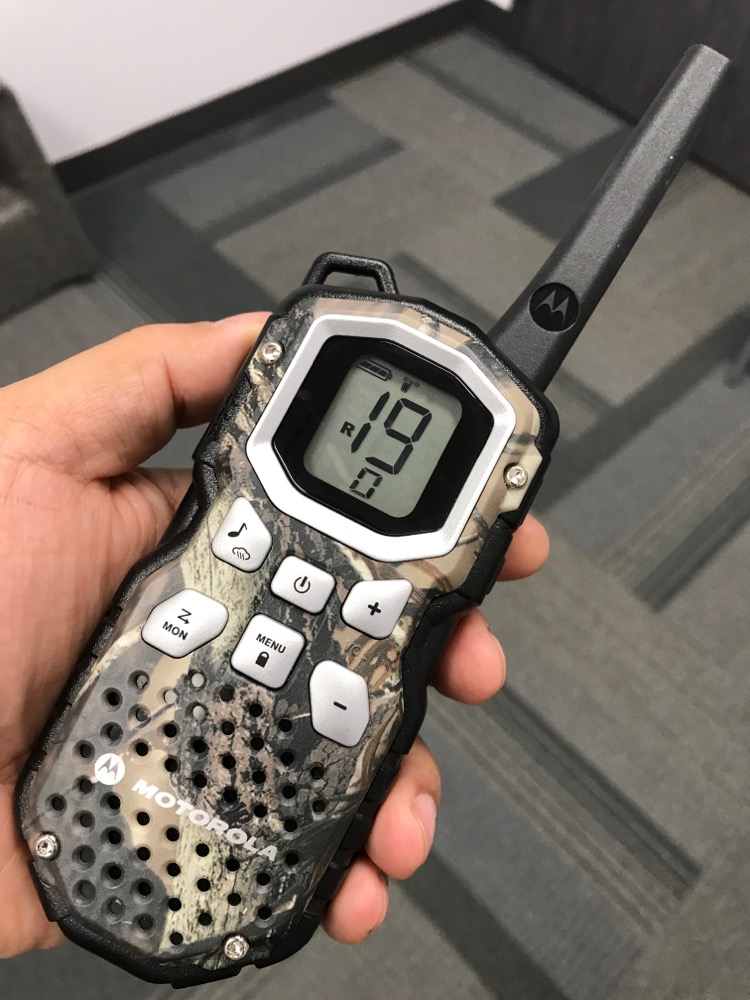 I have a tendency to get hyper focused on things that capture my attention. GMRS radio has been that focus since around November 2018 when I applied for my license from the FCC. If you are unfamiliar with GMRS, it is somewhere between CB radio, which requires no license, and amateur radio, which requires an exam and a license. GMRS, in contrast, only requires paying a fee. The license is issued to a person who can share it with their family. It is valid for 10 years.

If you live in the United States, you may have seen bubble pack radios for FRS or FRS/GMRS, which claim between 30 and 40 mile range. It turns out that FRS and GMRS share many of the same frequencies, with a few differences. The main difference between FRS and GMRS is the amount of power that the radio is permitted to use.

For our vehicles, I purchased mobile radios that transmit up to 15 Watts. In our terrain, we can expect to get between 4 and 6 miles of communications range. The 30 to 40 miles advertised only happen if you and the other person are up high above any obstructions. In most instances, we have buildings and trees obstructing the line of sight. One way around this problem is to have a repeater antenna up high on a tower.

I discovered that there is a local amateur radio club who have access to a GMRS repeater. After joining the club, I am able to use the repeater, which extends my radio range from 4 miles to about 50, or more. The signal covers most of my county and reaches over to the neighboring counties.

Then, the challenge became how to access the GMRS repeaters from handheld radios. It turns out that the FCC changed the rules in April 2017. Since then, manufacturers have stopped making repeater-capable HTs (hand talkies). The only available GMRS HTs that can reach a repeater transmit at most 2 Watts. I found some used ones and discovered that 2 Watts is sufficient to reach the repeater from home, indoors at about 20 miles. This was a tremendous find as it saved me from having to set up my own repeater, which would be expensive.

To be fair, amateur radios are fully capable of communicating with GMRS radios. However, the legality is a bit of a grey area. Furthermore, amateur radio equipment is a bit more involved to learn to use than a radio you buy off the store shelf. Ultimately, getting into GMRS is for family communications. Thus, it is not in our interest to use complicated equipment.

This is where my mind has been these last four months that I have been away from Steem. I may share some more about my new hobby in future posts.