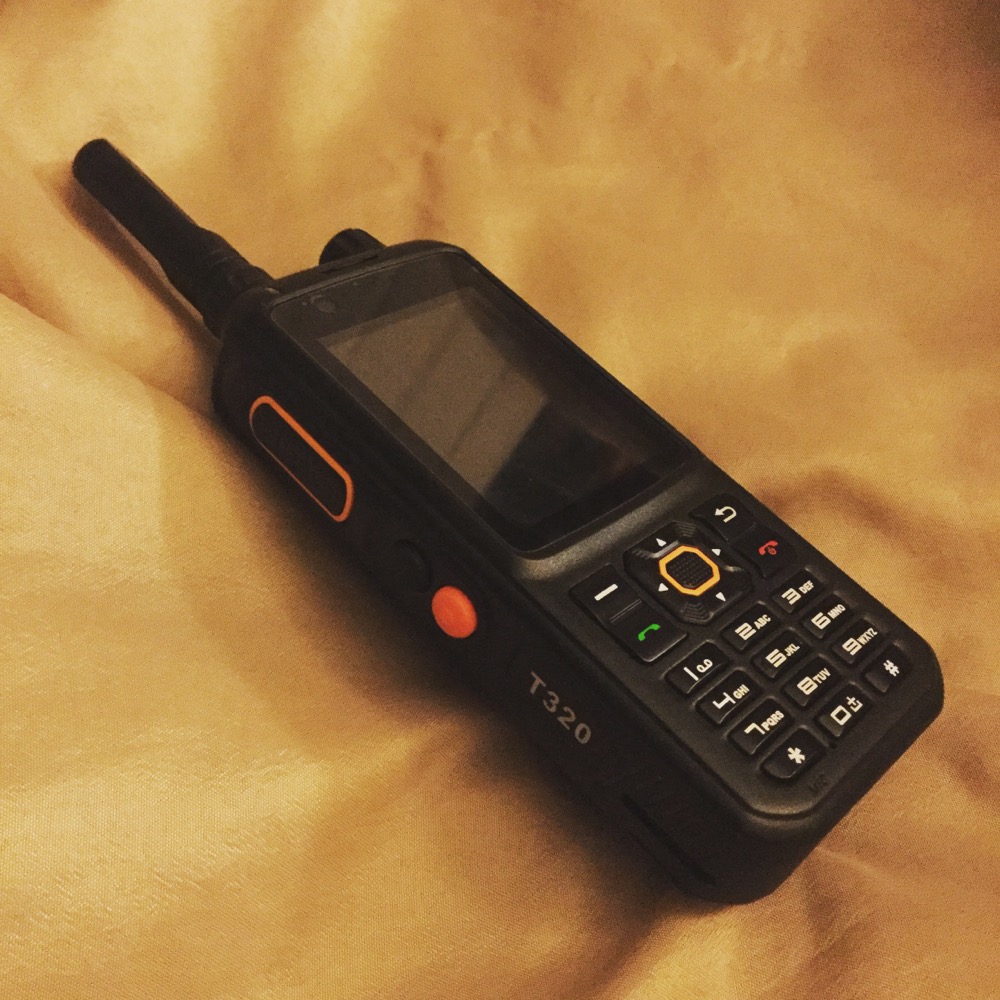 A few months ago, I became interested in radio communications. The hobby got me started on GMRS radios. However, during my exploration, I stumbled across Network Radios. These are generally phones running Zello on channels run by other radio operators. The channels use standard radio etiquette.

In the image, I have the Inrico T320, which is a mobile phone that is made to look like a radio, including a Push-To-Talk (PTT) button on the side. The device feels solid like you would expect from a commercial portable radio. It uses an LTE connection to communicate through the Internet. Therefore, you would need a mobile data plan or WiFi to be able to communicate.

With Zello, you are able to talk to people from all over the world just as Ham radio operators do. Except that you can talk to people around the world clearly and reliably. There are other services besides Zello that provide the same service.

Early on, I used to explain that Twitter is like radio. One person transmits and many people receive. Many years later, it is necessary to explain it the other way around. Radio is like Twitter. One person sends the message and everybody else can hear it.

There is an efficiency to having radio communications that texting, phone calls, and social media do not have. With radio, you can listen in on conversations to have situational awareness, even if you are not contributing to the conversation.

The only drawback to network radios is that if there is no Internet connection, there is no radio connection. Perhaps one day there will be devices that can transmit via WiFi, LTE, UHF, and VHF. Then you can be prepared for all kinds of contingencies.

For radio-like communications, I would recommend trying out Zello on your mobile phone. If it works for your personal or business needs, then you can venture to get a network radio that is dedicated to communications for your operation.

Many companies stopped using radio because it was more expensive than using mobile phones. Now, radio has moved to mobile devices, which means that it is possible to enjoy the benefits of one-to-many communications.

I do caution you that it feels nerdy, at first, to use your phone as a radio. And talking to one person via walkie talkie has limited benefit. However, once you have a group of people who need to operate on the same page to coordinate, it’s an entirely different ballgame. It creates all manner of operational efficiencies.